Please note that using Internet Explorer can cause some problems. For unrestricted use of the site please change the browser. 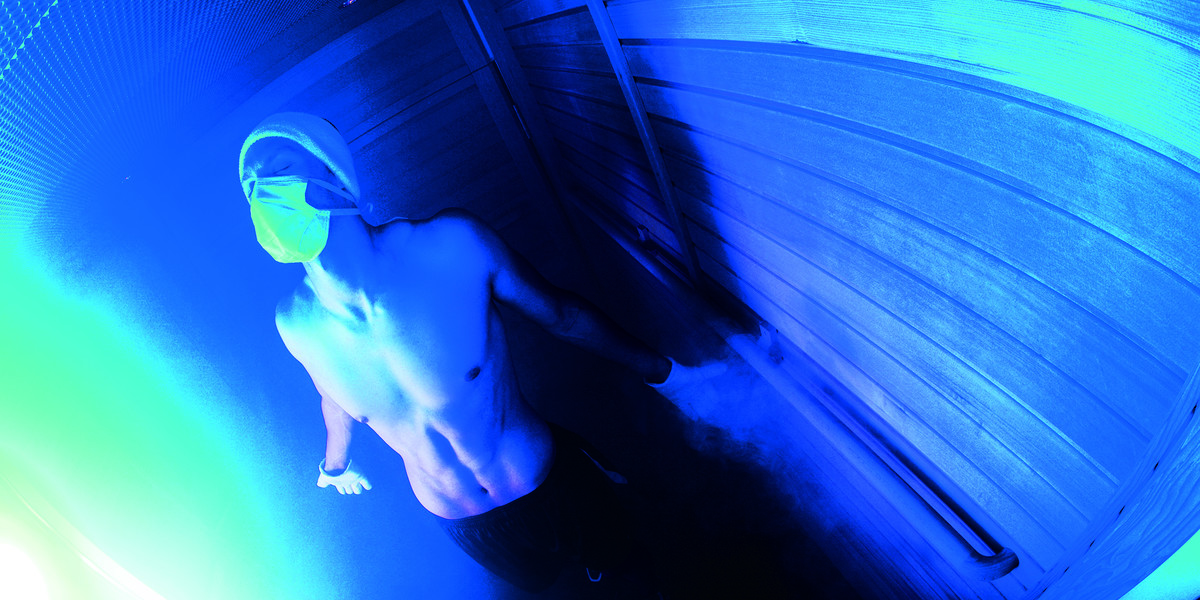 It's about therapy, it is about regeneration - with extreme cold.

After the World Cup knockout round Germany against Algeria in 2014, German football player Per Mertesacker’s remark that he would now “spend the next three days in an ice bath” went viral. Even if it was the heated comment in response to a journalist’s question that caused the actual stir in the media, for many it was the first encounter of the term “ice bath”, making it a high ranking word on Germany’s search engines in the hours following the interview.

It’s about therapy, it is about regeneration – with extreme cold.

Since January 2017, you will find the lowest temperatures all year round at our headquarters in Lans, Tyrol, following the 8-month renovation and construction period. Thanks to a medical cold chamber, -110° C temperatures are available throughout the whole year. Yes, you actually have read correctly. -110 ° C – for pain relief. But let’s start from the beginning …

The word “cryo” comes from the Greek and means “ice, frost, cold.” Consequently cryotherapy refers to a medical cold treatment. Even the most well-known doctor of antiquity, Hippocrates (460-377 BC), mentioned the therapeutic qualities of cold in his writings.

What does cold do with our bodies?
Cold dampens various inflammations. The vessels constrict, the skin is less supplied with blood, the pain decreases. Furthermore cold affects the skeletal muscles: muscle tension is regulated, blood circulation in the muscles as well as their metabolism can be improved.

Forms of cryotherapy
In addition to local application methods of cryotherapy such as cold compresses, wraps or cold sprays, full-body therapies are now also available.
An example of this is the aforementioned ice bath, where certain parts of the body are partially or completely submersed in 1°C to 12°C cold water for several minutes. Its most famous predecessor: Kneipp treatments, developed in the 19th century and named after their inventor, Sebastian Kneipp.
Several famous athletes swear by it, including Per Mertesacker. The therapy is already widely used to shorten recovery periods, to avoid overtraining and to improve performance as well as to treat pain symptoms.
Full cryotherapy, as available in Lans from January 2017, describes the short-term application of extreme cold on the entire surface of the body.

A doctor will advise about the contraindications of cryotherapy – e.g. hypertension or heart attacks within the past six months.

What is the procedure in the cold chamber?
The chamber is entered in swimwear. The patients are given mouth and ear protection, gloves, thick socks and sturdy shoes. In the first phase they acclimatise in two antechambers at -10°C and -60°C. This is followed by a stay in the actual cold chamber at -110°C for a duration of two to four minutes. Movements should be done slowly and respiration low and light. The entire procedure is monitored by the attending therapist. The number of treatments depends on the nature of the complaints and the desired therapy goals.

Cryotherapy is available in Lans from January 2017 – you are interested or have questions regarding the cryotherapy treatment? Please do not hesitate to contact us!